It gives you the strength to live, to go through the impossible, to hold your tears, to forgive everyone who has wronged you, to hold on for one more moment, and most importantly to accept that life is unfair.”

In the living room, the watchman stood next to the body. Her eyes had started turning blue and her hair been chopped off and thrown around. She had been stabbed once in the abdomen and once in her eyes socket. Zaltrac looked closely at her eyes and tried sniffing it like a drug addict as the watchman looked in bewilderment.

I Scored around 98.5% in my 10th Boards in 2006. Had to shift base from Delhi to Bangalore for my 11th and 12th. I was the sincere, nerdy guy who was seeking acceptance from a girl from 7th standard. Guess what, she was still in Delhi. Screwed up 12th Standard, scored some 85% in my 12th.

When I was 18, I joined the National Defense Academy after completing my 12th standard. My dream was to be a fighter pilot and so I opted for the three-year tough training in Pune, Khadakwasla. I was in love with a girl very deeply and despite being in a relation from more than two years, she had made it clear that nothing could happen between us. Yet, to motivate me to pursue my training, she told me that she will wait… 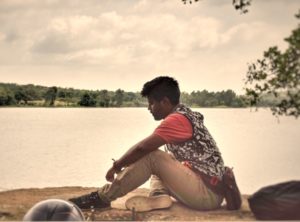 Enroll Alcatraz As Your Life Coach From As Low As 1,000 /- Per Session.